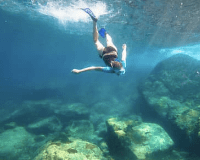 The deepest free dive is a record-breaking, 231-metre (758 ft) plunge into the Mariana Trench in 1960. Since then, men and women have been pushing their limits to see how deep they can go. The current world record for a solo dive is 318 meters (1,040 ft).

Free diving also requires skillful breath management and preparation with specialized equipment that includes weights strapped around body parts of divers to help them descend quickly underwater and avoid panic while surfacing safely from great depths. Free dives are not without risks: there’s danger of heart failure or embolisms when ascending too fast from depth, nitrogen narcosis at extreme depths that causes euphoria similar to alcohol intoxication which leaves divers impaired during unpredictable operations, and increasingly more risk of decompression sickness.

– In 1960, Jacques Piccard and Don Walsh descended 5000 meters (16400ft) into the Mariana Trench in a bathyscaphe vessel called Trieste.

– The current world record for a solo dive is 318m deep (10140ft). Freediving also requires skillful breath management with specialized equipment to avoid panic during ascent from great depths. There is a danger of heart failure or embolisms when ascending too fast from depth; nitrogen narcosis at extreme depths that causes euphoria similar to alcohol intoxication which leaves divers impaired during unpredictable operations; an increased risk of decompression sickness as pressure increases when descending and pressure decreases during ascent.

– In 2010, a team of scientists from Scripps Institution of Oceanography and Lamont Doherty Earth Observatory lowered an unmanned submarine to 11 kilometers below sea level off the coast of Japan, setting a new record for manned dive depth by humans.

– Deep divers often report seeing bright lights as they descend into darkness; “the light” is caused by bioluminescent organisms that live along bottomless chasms or hydrothermal vent systems on ocean floors.

The deepest free dive was made by Jacques Piccard and Don Walsh in 1960 when they reached the Challenger Deep in the Marianas Trench, which is 36,201 feet (11.168 meters) below sea level and it was made by using a bathyscaphe named Trieste.

The deepest free dive ever done occurred when world-renowned diver Jacques Piccard sank to 37,500 ft deep while exploring the wreckage of Andrea Doria on July 25th 1961. It took him over 16 hours to ascend back up during this solo swim and he suffered from decompression sickness as a result; one side effect being that his fingers were so swollen upon resurfacing that they could no longer be used for anything but gripping through tight spaces between metal plates inside his submarine’s exterior hull walls.

In 2012, Russian Special Forces divers reached a depth of over 37,183ft (11.306 meters) while inside a deep-water submersible called the MIR.

In 2020, the Japanese-owned and operated Shinkai Submersible will be able to take divers down as deep as 12,500 meters. 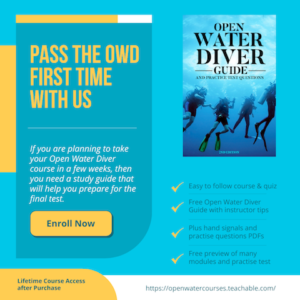 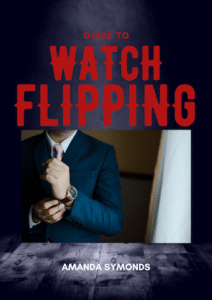